Genital warts are skin disease that occurs in the genitals. Genital warts, also known as venereal warts, are soft growths in the genital parts. Moreover, a person will feel pain, itching, irritation, and discomfort due to a genital wart. Additionally, it is a sexually transmitted infection. The main reason for this disease is low-risk strains of the human papillomavirus. However, these warts are seen in both men’s and women’s genital parts. This sexually transmitted infection looks like grey skin growth in the genital area and people of age 17 to 35 can experience genital wart.

Moreover, the chances of genital wart increase when a person is sexually active with an infected person. Another risk of this disease is a person is more likely to infect with another sexually transmitted disease if they have genital wart. Basically, it is a skin growth, so that many people feel shame to consult with a doctor. But ignorance can be dangerous for your vagina and penis health.

Especially it is very dangerous for women as it can cause cancer of the cervix and vulva. The main reason for genital wart is sexual relations without any protection.

Usually, because of unhygienic sexual relationships, genital wart appear. This disease is very dangerous as you cannot stop the development of genital wart after several months of this disease. However, genital wart cause different parts of men and women.

Moreover, genital wart appear on the penis, scrotum, groin, thighs, inside and around the anus of men. And in women, it appears inside of the vagina, outside of the vagina, and on the cervix—additionally, genital warts on the penis appear on the head of the penis or foreskin. It does not feel anything at the earlier stage as you feel slight skin growth on genital parts. Most genital wart are painless. But people can feel discomfort and itching during urinating or may splash urine stream.

However, this genital wart can also show up on the lips, mouth, tongue, or throat if a person is sexually active with an infected person. Although you cannot see genital warts, it has some symptoms like vaginal discharge, itching, bleeding, burning, redness, etc. sometimes, warts feel very smooth and soft. Still, it causes itching inside and outside the genital area. Whenever a genital wart grows, it causes discomfort and pain in the genital area.

Ultimately genital warts cause due to sexual relationships with infected people. The age of 17 to 30 is the peak point of causing the genital wart. A person who is sexually active with multiple partners has more chances of genital wart. Because it is transferable through skin-to-skin contact, another reason for causing genital wart on the vagina is using sex toys excessively. However, the use of birth control pills also leads to the genital wart.

However, the risk factor increases if the immune power is very low. Smoking is another risk factor for genital wart. However, a person under thirty can infect by a genital wart if they have not used protection during sexual intercourse. 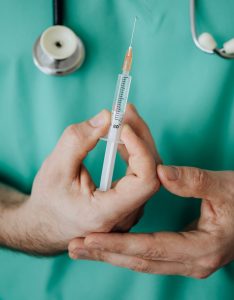 Especially genital wart shown in the top of the penis. Warts on testicles cause during sexual intercourse with an infected person. However, these warts also appear in the scrotum, groin, thighs, inside and around the anus of men. The men also have an oral infection with genital warts.

However, many different types of genital warts appear around the vagina of a woman. These genital wart appear on the vulva, anus, or near the neck of the womb. Sometimes it seems inside the vagina, which may cause cancer.

The Treatment Procedure of Genital Wart

In this treatment, doctors prescribe some organic and plant-based creams, which help reduce genital warts. These topical will help to clear all warts after some use. But sometimes, you can find some irritations, inflammations, redness, swelling, burning, itching, pain, and discomfort in using these creams.

Moreover, this therapy helps to outbreak genital warts temporarily. Doctors remove warts by freezing them with liquid nitrogen. But for long-term results, one has to use this treatment multiple times. However, this therapy also has some side effects such as pain, swelling, and mild burning.

Additionally, this treatment is more effective for genital wart disease. The doctor destroys all genital wart through an electric current in this process. After that, remove the dry cells from the treated areas. This process is very painful but effective. Moreover, this treatment has many side effects like bleeding, infection, and changing skin color in the treated area.

In this process, the laser treatment destroys all genital wart. A male genital warts treatment can quickly happen through this therapy. This therapy also has side effects like pain, soreness, and scarring.

In the final analysis, genital warts are a dangerous disease requiring treatment. If you want to reduce future outbreaks, you have to adopt the above therapies. The repeated use of these treatments helps to clear warts completely. Feeling shy about discussing your problems with doctors, don’t worry; consult online with ohman’s expert on your sexual issues. You can also purchase online medicines from Ohman for issues like premature ejaculation, Dhat syndrome, and Erectile dysfunction. So don’t feel shy about your condition. Get help now.